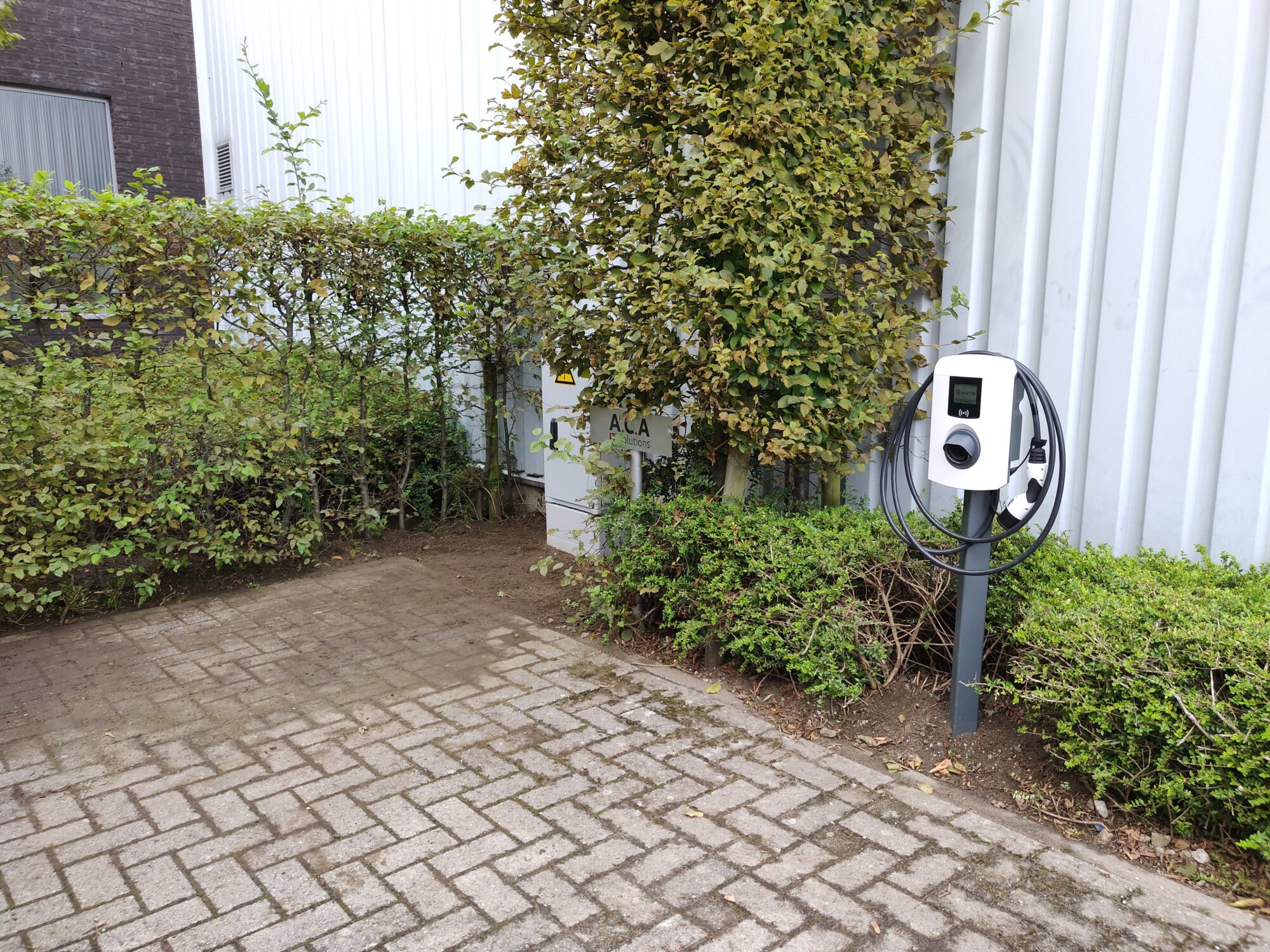 At ACA IT-Solutions, sustainability is high on the agenda. The IT company prioritises projects with an ecological impact, environmental performance is crucial within its own buildings and the fleet is being given a full makeover. For example, 98% of the 144 company cars will have to be electric by 2025. “The arrival of 15 Model 3 Teslas in 2019 put us on the right track,” says Kris Broekx, fleet manager at ACA IT-Solutions. “And with the 14 new charge points from MobilityPlus, our offices are also ready for the future.”

Belgians have been happily married to their company cars for many years. That makes the possibility of abolishing company cars a tricky issue, and it still seems to be a remote prospect. However, a wind of change is blowing. With diesel and petrol engines coming under fire, electric company cars are increasingly gaining in popularity as a sustainable alternative. This is a hot topic for both companies and politicians, but ACA IT-Solutions made a clear decision as far back as 2010.

Electric driving for everyone

“In the early years, we had a Tesla Roadster and a Tesla Model S as pool cars for work trips,” says Kris Broekx. “We already knew that electric company cars would gain hugely in popularity and wanted to familiarise our employees with the concept right away. As a result, electric driving is not a novelty within the company. But now we want to go one step further: electric company cars with a long range for all permanent employees. That’s 144 in total. At present, in addition to hybrid cars, our fleet already has 17 Teslas, a Kia e-Niro and a Mercedes EQC. In addition, everyone who drives an electric car receives a MobilityPlus charge card. This gives them immediate access to over 80,000 charge points throughout Europe. In this way, we aim to make the step towards an electric company car as attractive as possible.”

The switch to an electric fleet also requires an adapted infrastructure. As a result, ACA IT-Solutions went looking for charging solutions for its offices in Hasselt and Olen. Kris Broekx: “After an extensive market study, we chose to collaborate with MobilityPlus. It was their technical knowledge that really stood out for us: from brand-independent advice on effective installation to ensuring the security of charge points. We bought 14 new charge points: 8 for our head office in Hasselt and 6 for our office in Olen, making a total of 28 charge points. In a rapidly changing market, the expertise offered by MobilityPlus also gives us confidence for the future, as electric driving is a long-term choice.”

It is their technical superiority that distinguishes MobilityPlus from other market players.

The focus on electric driving has met with an enthusiastic response not only from the company's own employees, but also visitors and even potential employees. “More and more customers and suppliers are opting for electric cars themselves,” says Kris Broekx. “The fact that they can charge with us has already led to many positive reactions. Large numbers of job candidates – especially young people – consider sustainability important when choosing an employer, which also gives us a head start in terms of employer branding. In short, everyone is happy. That is why we are more convinced than ever that electric driving is the right choice. And for other companies that also wish to stand out, an electric fleet will increasingly become the norm.”

Manage cookies
These are necessary for the website or platform to function and facilitate navigation. By continuing to browse, you agree to the use of necessary cookies.
These cookies allow us to anonymously track visits and traffic so that we can measure and improve the performance of our platform or website.
We use these cookies for marketing purposes. They ensure that we can optimize advertisements based on your surfing behavior and continuously improve the relationship with website visitors.

A charge point
A charge card